written by Chiara Amato on the paneacquaculture.net (PAC) for the piece 'The Eclipse of Reason' presented in Milan on 3 & 4.12 2022 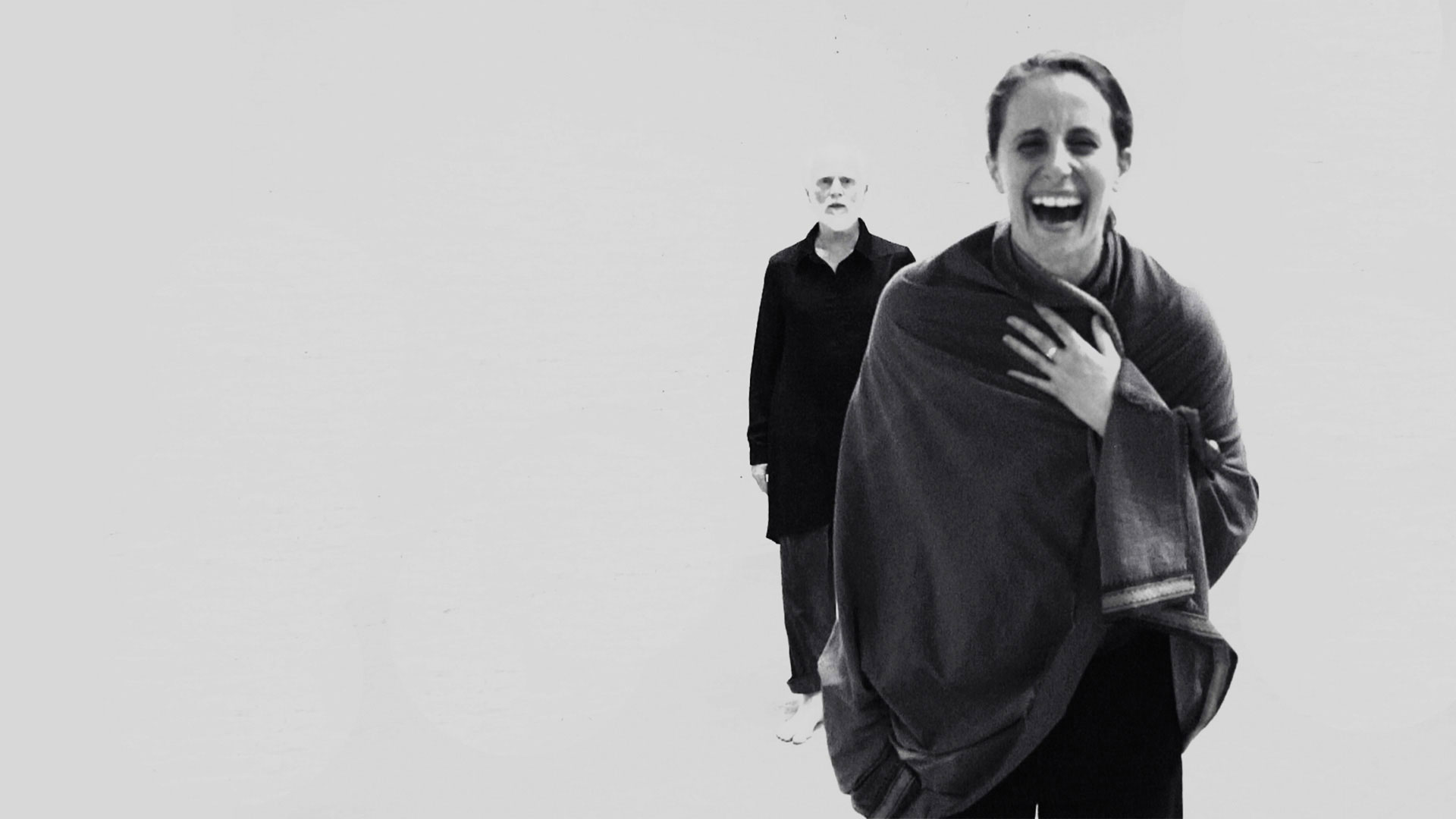 THE ECLIPSE OF REASON

CHIARA AMATO | The Teatro della Contraddizione in Milan is a very intimate space, made up of a foyer and a small and spartan room in its structure, located below street level. For this set-up, there is no real staircase for the seats, and the stage, located at the level of the spectators, allows total immersion in the theatrical action, without ever a mediating distance. The Company and Cultural Association, directed by Marco Maria Linzi, has always been dedicated to the creation of research theater shows and the development of a theater school, until opening this venue in the Porta Romana area in 2000.

In this setting, the show The Eclipse of Reason by Allen's Line made its debut in Italy for only two dates, under the direction of Julyen Hamilton. The British artist, for over forty years, in addition to being a performer of his shows, teaches dance and is dedicated to poetry, trying to blend these aspects in his creations, using a generous dose of improvisation. In the totally black scene, five sticks hanging from above are positioned on the left, while on the right, on the ground, there are four fabrics of different patterns and five colored felt-tip pens.

Scattered across the space, the five dancers participating in the stage action (Paolo Cingolani, Claudia Pelliccia, Barbara Pereyra, Maya M. Carroll, Julyen Hamilton) are surrounded by a very warm light that comes from side spotlights. The costumes are extremely bare and black, but one detail already appears not negligible: the three women each wear, under the half-open shirt, a top of different colors (yellow, red and green) which then returns during the performance. Another characteristic that distinguishes the creation is that we are in the absence of musical elements: the only noises perceived are given by the movement of the feet on stage and by the sounds emitted by the mouths of the protagonists. 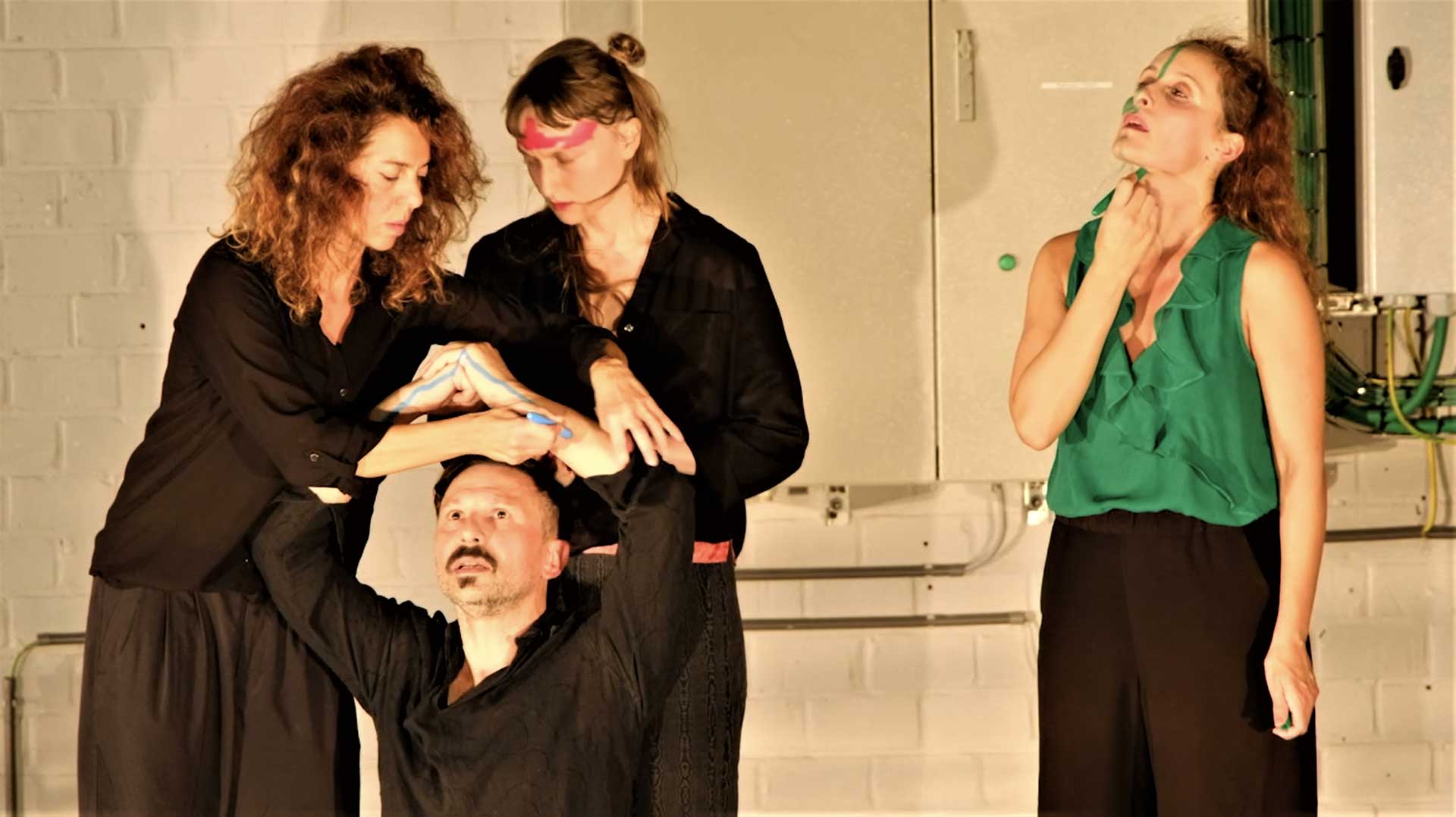 The representation does not have a real plot or a protagonist, but it really brings out the collective ability to create a physical dramaturgy, the result of an evident very intense teamwork. The five performers begin to make very small movements, which on the one hand enhance the strong mastery of the body and on the other the use of improvisation. To underline it, the exchanges between them, in a confidential tone: 'What are you doing? I have no idea!', 'I like what I'm doing, can I continue?', 'How do you feel now?' to which the answer is always different. They give each other feedback on what is happening in an impromptu and, it seems, sincere way to be able to move forward. The gestures become wider while remaining precise, almost sacred, and recall the movements of the samurai with their katanas. Then another element quite present in the company's performances comes into play: sound. Beginning as a difficult breath, a solfeggio of vowels, an aching gasp, a whisper passed from ear to ear, and finally speaking. The sentences and the few dialogues are disconnected from each other and use different languages: jokes in English populate the scene, short monologues in Italian and songs in Spanish